The art of moving on

What a day. Within a month of the 5-year anniversary of Kevin's death, we finally had the inquest. Many of you will know the story, but for all those who don't know; my wonderful father died suddenly and tragically in a hot air balloon accident in Turkey, on the 29th of May, 2009. He largely brought me up, and we were incredibly close. Not only to me, but he also was a dad to both of my sisters, who have different fathers, he was my mother's best friend despite not having been a couple for 23 years, and his death left many of us terribly adrift. Quite simply, he was adored.

I was coming back from a night out in Brisbane, where I was living, and our very good friend John called me to tell me he'd been contacted by The Daily Mail to ask him for information about my dad after his death. After a few moments of complete disbelief, I felt like someone and hit some critical spot at the centre of my entire being, and I had exploded out into thousands of different pieces. It's five years later, and I still don't feel that all of those pieces have re-coalesced, and losing both Kevin's dad and uncle last year, along with finally having the inquest, have really brought many of those desperately sad and hopeless feelings I thought I'd got rid of to the fore again. So really, the last few months have been a case of really trying to solder myself back together and be the person I know he would want to have left in the world.

The inquest itself was, for the most part, boring and bureaucratic. Whilst I'm frustrated at how long it's taken, I can't fault Swansea Coroners' Court - they have been awaiting information from Turkish authorities, and response from the pilots involved, and details from their interviews with the police following the accident, none of which have been forthcoming. The finding of the inquest was basically thus: his death was accidental. The basket of the balloon above collided with the actual balloon ("envelope") of the one he was in, tearing it and resulting in it dropping like a stone about 150 metres to the rocky ground below. My father was killed, one person was permanently paralysed, and a number of people, included my dad's partner Juliet, were severely injured and still suffer almost constant pain and lifestyle-limiting injuries. The accident likely occurred as the result of two balloons being too close together, because they took off very close both in distance and in time. They couldn't say which balloon "went in" to the other, because both pilots declined to attend the inquest, which is fairly discouraging. There have been criminal proceedings in Turkey, but the conclusions of these were not made available to the coroner It was postulated that the balloons were so close together so as to allow the tourists in the different balloons to take pictures of one another when at altitude. So basically: my dad probably died for keepsake pictures.Sometimes, it's not easy not to be bitter.

But he was, in so many ways, the person I want to be, and he would do his best to eschew all bitterness. So that's what I strive for as well.

So this is a special day for his memory, and as part of that I'd like to include what I wrote as his eulogy and read at his funeral:


From the moment I came in to the world, Kevin was always there for me. I doubt if there was anyone more born to be a father. He listened when I read through “Little Red Riding Hood” for the first time, and he proof-read my essay postulating the existence of Dark Matter. From introducing me to the concept of angular velocity on a roundabout in Agnes Riley Gardens one summer’s afternoon after nursery, to watching me collect my physics degree 20 years later in Bath. From picking me up when I was too drunk to walk home, to being a spectator at my cricket match the following day. Watching continuous episodes of “Firefly” with me when I was dumped on Valentine’s day, supporting me when I couldn’t find work in Australia, through nightmares, bad exam results, good exam results, the bike-crashes, the burns, the illnesses, the screaming fits, the slammed doors, the ambition and the apathy, from the mountain tops to the bottom of the sea – and I mean that literally –he never underestimated me, whilst simultaneously he never failed in being there for me.

More than anyone, he has influenced who I am, my values, my fears, my hopes, passions, bugbears, delights, slightly nerdy leanings, generosity, and empathy. We shared a sense of compassion, a sense of humour and a spirit of adventure, and ultimately a logical and relaxed outlook on life.

I have been prodigiously lucky in being taken on so many of his adventures, both large and small, diving, skiing, climbing, clay-pigeon shooting, windsurfing, sailing, kayaking, the Glastonbury festivals, visiting NASA, Las Vegas, The Grand Canyon, The Red Sea, The Rockies, and the Alps, right down to the gardening and the road trips, where we would sing the entire Rocky Horror Show album, from memory.

Kevin was ever unfailing in his enthusiasm and pride in me and himself, with his almost constant smile which I have heard referred to so many times over the last 3 weeks.

He had an indomitable sense of humour, which was at different times acerbic, witty, or downright slapstick – He was possibly the funniest person I’ve known, and I would like to relate possibly the funniest moment in my entire life; we were in Alpe d’Huez in the French Alps on one of our many skiing holidays. We were walking to dinner, him wearing his big bright blue skiing jacket, when for whatever reason, he decided suddenly to insert his entire head into a roadside snow drift. As I laughed hysterically, trying desperately to continue breathing, I asked “Did you really just do that?” to which he responded “What, this?” and promptly repeated the manoeuvre. As I fell onto the floor, completely incapacitated, he exclaimed “Well, it could be worse, I could have done THIS!”, and proceeded to run slap-bang into a person-height snow drift, leaving a cartoon-esque imprint in it. I can’t recall much after that, except that I had to be bodily lifted off the road because there was a car approaching….

I know that everyone will have their own memories of Kevin, and I would like to urge you, if you so wish, to share them with me, either in the book that we will have at the party this afternoon, or at any point in the future, in the days and years to come.

I would like to conclude by passing on a message to everyone, that I feel my dad would be proud to have as his epitaph, namely; do not, in the course of your lives, forget that you are never too old to learn something new, and you are never, NEVER too old to go on a new adventure.

I miss you so terribly much, Da. 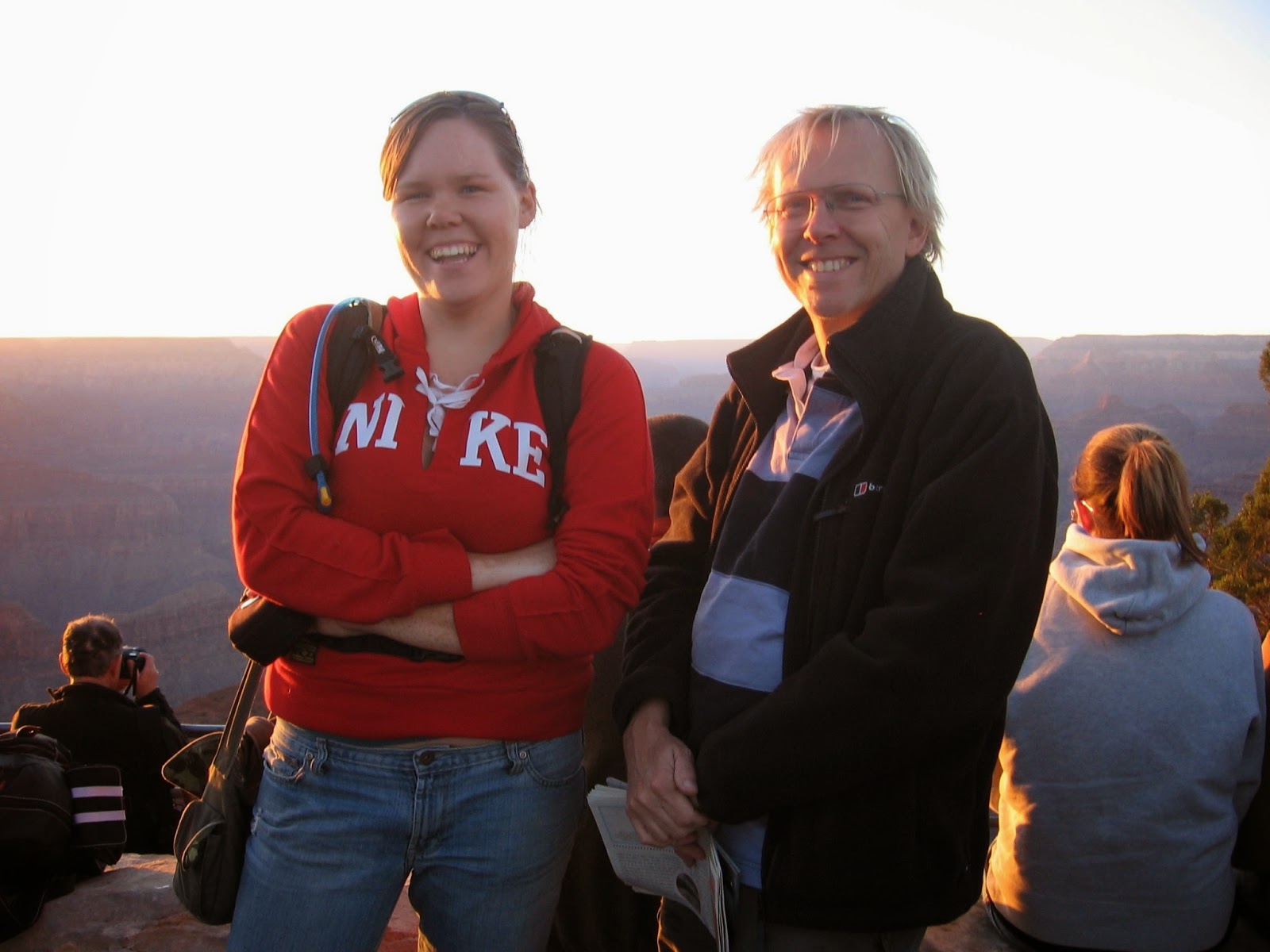